A lovely sunny spring walk in a nature reserve.

Filling our car with free green compost given away by a nearby city council.

Daffodils opening in the garden.

A new jewellery commission and a challenge.

My cycle almost back to "normal" after the last 14 day cycle-of-doom.


Please join in. What good things found you this week?

Unhappy Kitteh wanting to snuggle with me all day after being beaten up by a local tom cat.

Finding the thing to make for Little P.

Hormones behaving. Sort of. Or perhaps at least not misbehaving as badly as they have been. 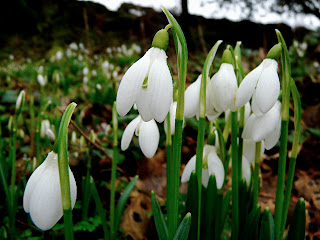 What good things found you this week?

Doing some gardening this morning in the sunshine and feeling warm. I cleared the flower bed of weeds (mostly) and felt a sense of achievement. Start small eh?

Kittehs that come running as fast as they can when they hear us in the garden.

In a big out of town shop spinning round and round on a cool swivel armchair with just enough room for two and making a man smile at us.

Ray in a great mood after so much worry, making me laugh after my broken hormones got the better of me. I know, I know, I know he keeps popping up here but ya know... he IS the very best good thing ever in the history of the world, ever.


What good things found you this week?

After leaving the Doctors office on monday evening we were presented with this wonderful sunset. 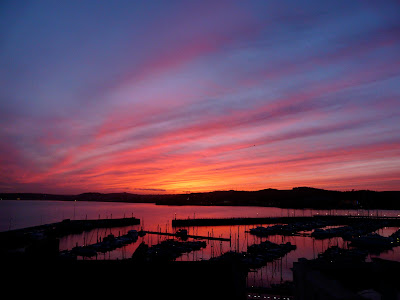 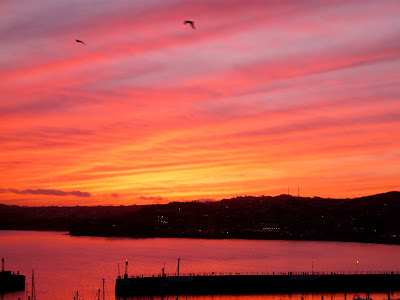 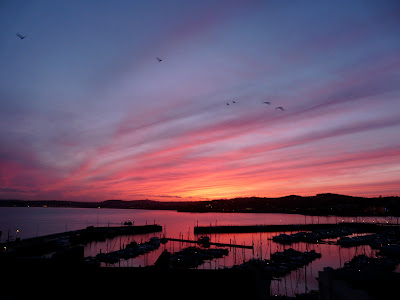 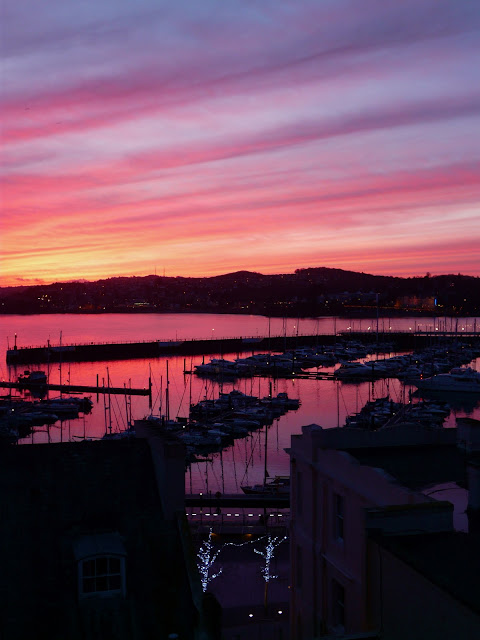 Amazing no?
And real colours too.
And Ray made this "sky heart" for me the other night with a "secret message" that I had to work out all by myself (and I did). 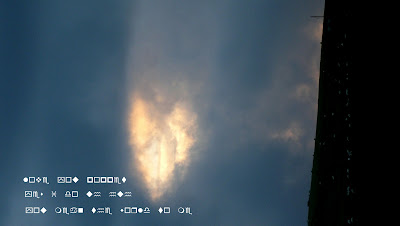 Last week I had a very vivid dream about bleeding. I have them from time to time: such an endearing echo of baby loss trauma. In this one I began bleeding thick gloopy bright red blood. It filled a pad, it was on my hands and smeared on my top. I asked my Mum again and again and again if it was normal. I showed her my hands but she had no answers for me. The dream scared me awake.

Two days after my dream my period started. On CD 15. Not ovulation spotting but proper bleeding.

My last period was 5 days late, light, long and drawn out.

If my period had stayed as advertised, and I had been pregnant this month my due date would have been George's day. I rather liked the symmetry of that. If. If. If. I hate that I torture myself like this.

I was afraid that the bleeding would get heavier and heavier but, oh thank goodness, it's getting lighter now.

I saw Dr Compassion yesterday and he thinks it's most likely my age but it might be a blip caused by the stress of worrying about Ray's pooposcopy. He took some blood to see if there are any hormones left and also to check for pregnancy. No, no, I really really really don't think I am.

I don't think I have ovulated in the last two months: not even a hint of a line on an ovulation test. I'd like to hope that my body is just taking a break and resetting itself but I have so little hope left and it's stretched so thin that I don't dare. But once again, I don't dare think of the alternatives.

Hopefully my hormones aren't broken yet: just bent out of shape a bit.

I sold a book on ebay for very little and the postage was a teeny bit under what it actually cost. A few days later the lady who bought the book sent a little extra through paypal to cover the extra cost of postage and a bit more for the book as she paid so little for it.

Poor Ray has more knowledge about my ladyparts than he probably ever imagined he would, or ever really wanted. But it's SO good that he's comfortable talking about my broken hormones.

Spring bulbs beginning to peep through the soil.

Finding a vacuum cleaner for my Mum discounted by £100 and feeling as if I did a good thing.